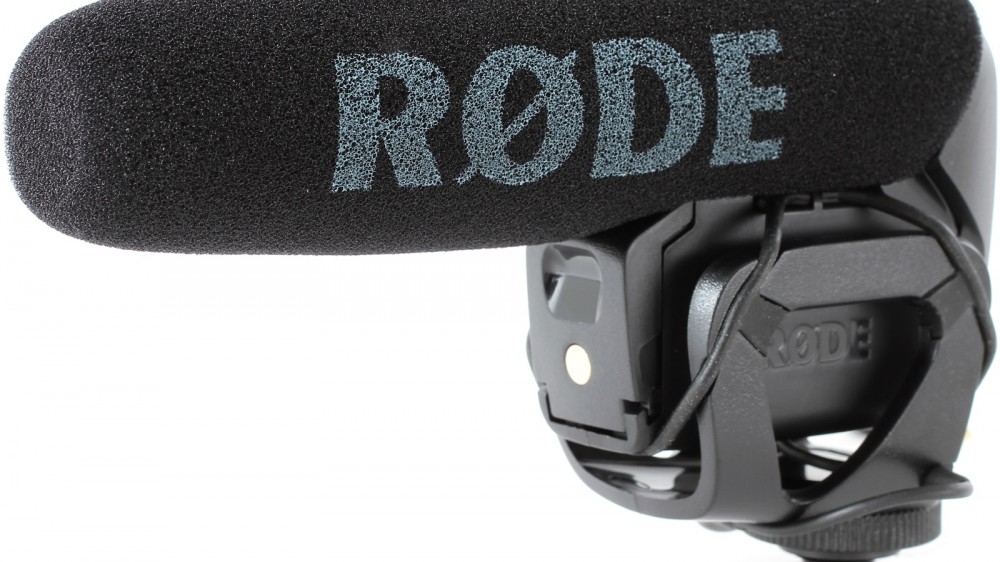 Audio is often seen as the second cousin and often left until last when we prep for filming. But Walter Murch, the famous Hollywood feature film and sound editor and mixer, reminds us that: “The most important thing students must learn is 90 per cent of film is sound. The picture is far less important” (cited in AFTRS 2014)

While it’s important never to come home without the video, Murch is right when it comes to factual location-based recording. Unlike feature films and some large documentaries, which use post-synced sound and dialogue, a mojo needs to know how to record clean audio in the field, often in noisy locations.

People often ask, so which mic should I use? Well, that depends on the job, your budget and whether you are working alone, which can also depend on the job and the budget. The best tip I ever got was irrespective of which mic you use, if you want clean sound, get close to the sound source. Thirty five years later this is still the best tip I can give any mojo – access is everything.

Having said that using the right mic will help record clean sound in difficult audio situations. Mojo stories will look and sound 200% better, be more useable and hence more effective, if the sound is clean and present. If MTV has taught us anything it’s that we are more likely to accept a blurry image than bad sound.

Here is a video describing a number of microphones that I use with smartphones. Below the video you’ll find a series of audio examples of each mic recorded in the same location.

This is not a test but a 101 overview of the various mics I use in my mojo work.

If you need true two track audio in the edit (that’s two separate audio files inserted on discreet audio tracks in the edit) you might attache a separate recorder to your smartphone cradle or DSLR. I use the Zoom H1 extensively; or you might go upmarket with the new Zoom H5, which records four tracks of audio and has a numb 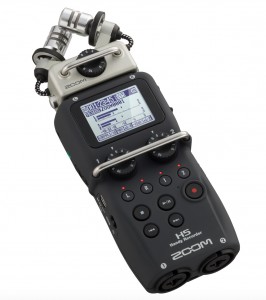 er of mic options. You might stick the H5 0r H6 on a desk and use is XY mic pointed at a source. You could plug in four lapel mics, one for each speaker and record the separate tracks as you move around there room, with your smartphone and a  shotgun mic, shooting the scene. You sync the audio recorded on the Zoom to vision in the edit.

Remember a DAW app records multi tracks but spits out one mixed down file. Even splitters, like the Rode SC6, combine the two audio inputs into one file. To have separate audio files to edit, you need separate audio files on the smart device.  (Watch out for the H5 and H6 review coming soon).

Below are a number of audio examples of how each mic sounds in the same room recorded from under a meter from the sound source. This post might help when you are choosing which mic is right for your particular application.

The Apogee Mic: A mono mic that costs about $320AUD. It’s up there in the price stakes. It is made of metal and has a clear sound that’s not quite as present as the Rode NT USB. It’s small size enables this digital out mic to be part of any traveling mojo kit.

Rode NT USB mic: Between the two studio mics this is the thicker sound. It is a larger mic and at $180AUD is an excellent choice for a VO record mic for use in a studio environment. It is larger than the Apgee and hence less conducive to travel, but excellent in the edit suite.

Rode Video Mic Pro: This is a very present mono shotgun super cardioid condenser mic that picks up extremely well from this distance. We’ve tested it’s plastic construction in the rugged Australian outback and it stands up to this tough environment. The rubber band mount on the current model is a slightly new design and we’ll see if they stay in place longer than those on the earlier version. It costs $215AUD and is an excellent mic.

Sen MKE 400: This shotgun mic is a little thinner and less present in this room from this distance compared to the Rode VMP. The metal construction is excellent and replacing the battery in a hurry is a breeze. At $230AUD is it better than the Video Mic Pro? Wait a little attenuation is FCP it is a great sound. also noticed that wind noise is a problem when recording outside for all three shotguns used in this comparison.

mCAM Mini Shotgun: The mini shotgun that ships with the mCam. It’s a little roomy and feels distant from the source, but at $35AUD it’s excellent value. It’s some makes it the perfect mic t always have in your bag and mojo kit.

Rode Smart Lav +: At $60AUD this is an affordable choice for a stereo lav mic. This is a very full sounding mic and for the money is one of the picks of the bunch. The problem is that you are tethered so essentially it’s a sit down interview mic. But you’ll most likely need an extension ($15 AUD)

Sony UWP-D11: As you would expect from a $730AUD stereo system the D11 sound is very present, clear, bright and full. The D11’s portable transmitter has a mini-jack input, with adjustable attenuation, allowing you to connect other microphones with differing sound pressure levels. The input can also be switched between mic and line level so I could, for instance, feed the transmitter with an output from my portable mixer and to feed two or more mics. I’ve been using the analogue version for years and it is my favourite mid priced radio mic. Don’t forget to check out the iRig Pre for XLR connection to smart devices.

iRig Field mic: is a bit plastic and costs $130 AUD. It is bright, loud stereo mic that picks up surprisingly well for what it is. It has a built in pre amp and a 24bit analogue to digital converter.

Rode XY mic: This stereo costs around $149AUD, but is not a video mic. This mic works for lectures and interviews done close up and into the microphone. As a video mic it is off source (the pattern of the mic faces away from the audio source because of the way it attaches to the smartphone) and consequently is very thin. It’s metal construction makes it very sturdy.