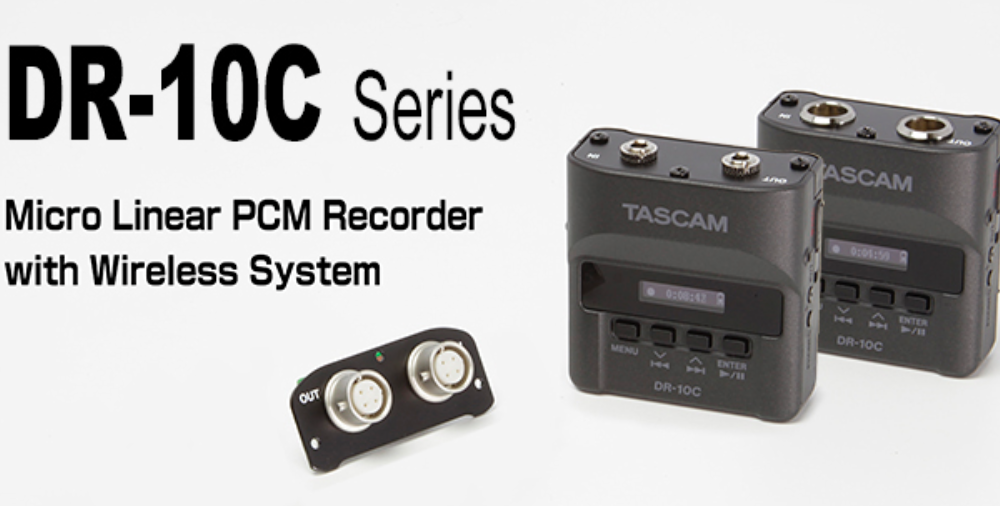 Tascam’s PCM mini recorder with wireless system is a gem. It records onto SD and SDHC cards (up to 32GB) while acting as a pass through failsafe device recording back up sound to your wireless system. It’s small size makes it easy to hide next to a wirelss body pack when it’s used as a safety recorder in case a wireless signal drops out. 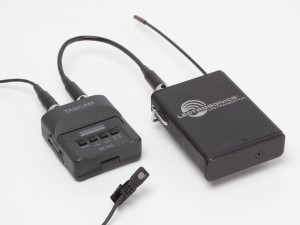 That’s one of its uses. It’s also an excellent recorder for use with the cheaper LanParte Gimbal. While it’s possible to attach a light extrenal audio cable onto the smartphone, which is part of LanParte’s gimbal mechanism (cable alters the weight balance) you might also consider using the Tascam DR10c as a recorder attached to your main subject. Especially if your subject is mobile. 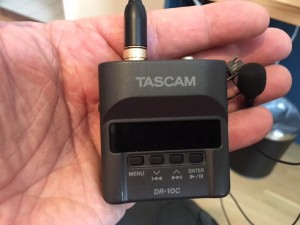 By altering the Bias settings in the DR10c’s menu it records without the need to attach a wirless pass through system. So your subject moves around freely and your gimbal is not encumbered by cables.

Then download the audio file onto a PC before using iXpand or Airstash to import directly into the iMovie app on your smart device. A little shuffling back and forth and very quickly your audio is in sync with your picture. Remeber those days! Clean audio using the cheaper LanParte Gimbal (for those who can’t afford the excellent DJI Osmo).

Is it cost effective? In Australia the DJI now costs about AUD1100 including brackets. The LanParte is AUD350 and the DR10C is AUD380.  Now that new DJI Osmo firmware fixes fan noise issues it may not be a choice, any longer. Your call.