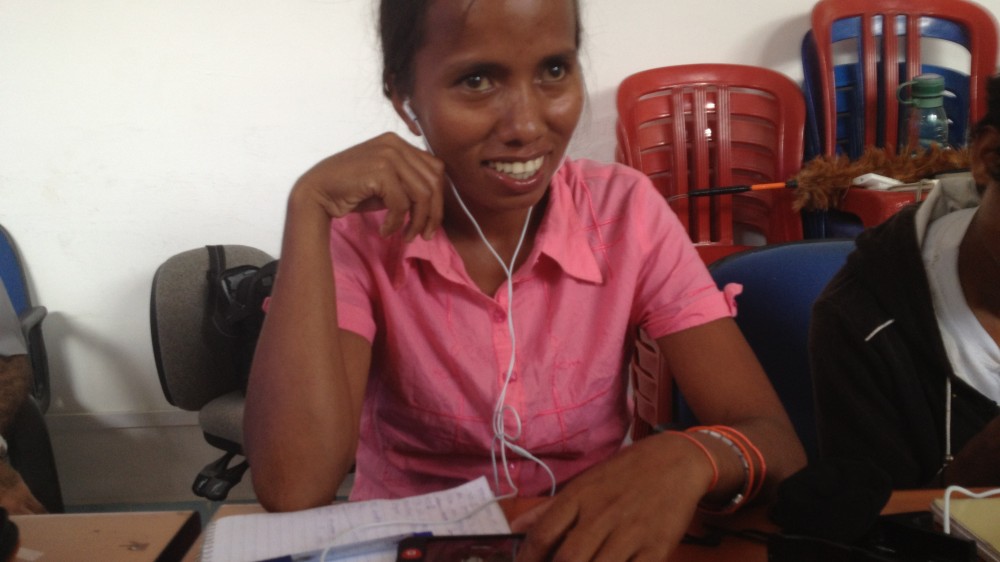 Following the mobile journalism workshop in Timor-Leste, in Feb 2012,   The Dili Weekly (TDW) journalists were ready to create mojo reports in the lead up to the March Presidential election and on polling day.

The mojos produced nine reports shot and edited (1st Video) on iPods and published to the Internet. In some cases where multi-line subtitles were required we produced the subtitles on a laptop. But in general, subtitles and all editing was completed on the iPod.

The mojo kit consisted of the iPod Touch, Owle, smal mic and a rechargeable light.

Upload speeds for the one to one and half minute stories were very slow – up to an hour compared to 1-6 minutes for the same length of story in Australia. Emanuel Braz, from TDW, believes that once the monopoly that currently exists on providing the Internet service is over  (in five years) Internet speeds will increase dramatically. Until then the development of digital publication in Timor-Leste is slowed. Here are two stories by mojo and  TDW journalist, Venidora Oliveira. The first describes the role of Australian election observers in the days leading up to the 1st presidential election in 2012.